We manufacture centrifugal clutches for various applications such as scooters and two-wheeled vehicles, agricultural machines, industrial and automotive machines.

This type of clutch consists of a bell rigidly connected to the final transmission, inside it there is a plate on which generally two or three masses are pivoted.

The plate, which rotates freely inside the bell, is connected to the crankshaft through a belt that transmits its motion and consequently, acting on the accelerator, this will start to rotate with increasing speed. The masses placed inside, due to the centrifugal force, will gradually begin to adhere to the surface of the bell, dragging it in turn and transmitting its motion gradually. The masses are initially held by springs so that the former cannot transmit the motion before reaching a certain number of revolutions.

The masses are the heart and obviously represent the greatest critical point of this type of clutch. They can be manufactured in many, those obtained by casting (aluminium, zamak, cast iron, etc.) can present the problem of a minimum weight variability due to the porosity inherent in the normal moulding cycle. Normally, to avoid this, a selection must be made by subdividing the masses by “families” of similar weight.

NIFO has eliminated this problem by proposing sheet steel supports that have been bent to each other. This methodology ensures the total absence of porosity and a consequent one weight compliance among the masses.

We produce centrifugal clutches for the following sectors

We have already produced centrifugal clutches for 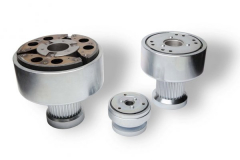 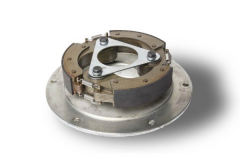 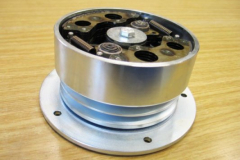 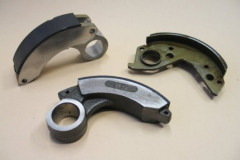 SEND US AN INQUIRY

Fill in the form below, we will send you technical documents and confidential material.